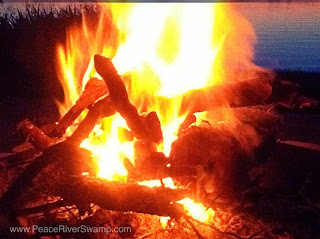 Oh, the joys of living in an old house! It was three o’clock in the morning and we were enjoying our sleep except that it had gotten a little chilly. My husband got up and turned on the central heat, which during the night before, seemed to be on its last leg; it had made some weird knocking sound. A little later, we woke up to the smell of smoke, like burnt toast! It seemed to be more than just dusty coils. The house has two units, this one was specific to our bedroom. As a precaution, I moved to the living room on the opposite end of the house. If we had smoke detectors, I’m sure they would have been triggered! Whatever it was, didn’t burn the house down. My question to you is, do you stay in a burning house or do you get out? This world is on fire, but right now we only smell the smoke. If you haven’t secured your eternity with Jesus, it might be time to take out some insurance.

Now I would remind you, brothers, of the gospel I preached to you, which you received, in which you stand, and by which you are being saved, if you hold fast to the word I preached to you—unless you believed in vain. For I delivered to you as of first importance what I also received: that Christ died for our sins in accordance with the Scriptures, that he was buried, that he was raised on the third day in accordance with the Scriptures, 1 Corinthians 15:1-4
Posted by Teresa Gonzalez at 5:21 AM