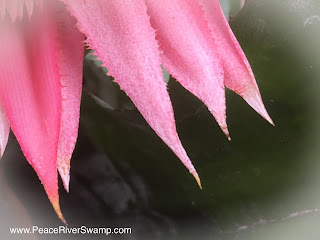 Have you ever had God slap you in the face with the truth? I ran across a topic in scripture called "Marks of a true Christian."  That's when a verse, that I've read many times, jumped off the page. He says "Bless those that persecute you!" What does that mean? You think to yourself, "okay, I'll pray for them, that's easy!" No! That's not good enough! He goes further to say "bless and do not curse them." You cannot pray for them one moment and then speak ill about them at another moment. In that one verse, He says it twice, "Bless them!" He doesn't say ignore it or sweep it under a rug. It's almost as if He's commanding us to bless them. Imagine the good you could do for yourself if you could speak good about someone who has mistreated you. So, when you want to share your experience with others, be careful not to curse the one who has hurt you, instead, say good things about them; that's a mark of a true Christian.

Bless those who persecute you; bless and do not curse them. Romans 12:14
Posted by Teresa Gonzalez at 4:55 AM No comments: 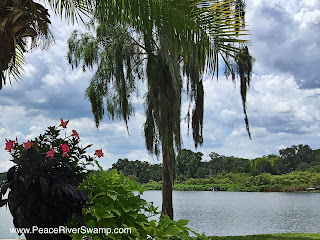 Life can sometimes be complicated. I have three friends. Each of them desire to be a mother. One had a baby, but the delivery was complicated, causing her to no longer be able to bear more children, and two of them had issues of infertility. Each of them has had to wait. God had a plan and He stirred that desire within them so that His plan could fall into place. Sometimes the wait can be agonizing, but if we push through our own agenda without doing things God's way, we could end up with a whole lot of trouble. Like the story of Abraham where God promised him a son. Sarah took it upon herself to play the role of God by pushing him to procreate with Hagar, creating a whole lineage of people who've caused trouble for the world. Be patient with the things God has put on your heart and let Him be the one who leads. One of my friends became pregnant and the other two have been chosen by birth mothers for adoption. That's God's plan falling into place!

Rejoice in hope, be patient in tribulation, be constant in prayer. Romans 12:12
Posted by Teresa Gonzalez at 4:59 AM No comments: 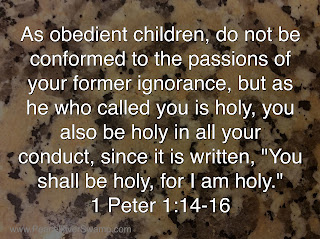 Things aren't always as they appear. Esau, a rugged man, a hunter, and a provider was well loved by his father, Isaac. Jacob was more of a momma's boy and stayed in the tent all the time. Kind of like the difference between a city boy and country boy. Esau, after coming in from the field, was exhausted and hungry. Jacob, being an opportunist and knowing how hungry he was, offered him some of the stew he was cooking if he would give up his birthright. Esau found no use for his birthright and gave it up for a moment of hunger. Esau allowed his hunger to rule over him and thus gave up his position in the family because of it. Jacob was now in line to become the patriarch. This is an example of brains over brawn. It appeared that Esau strength would make a good leader, but that was proved to be wrong. The choices we make are very important for our future. Make wise decisions, even in a moment of weakness.

As obedient children, do not be conformed to the passions of your former ignorance, but as he who called you is holy, you also be holy in all your conduct, since it is written, "You shall be holy, for I am holy." 1 Peter 1:14-16
Posted by Teresa Gonzalez at 5:07 AM No comments: 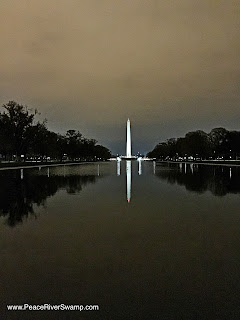 When you start to see God's plan for your life unfolding, you begin to look back on the steps that were taken to get you there. It's like going on a long trip and not knowing your destination or what you will encounter. But that's just life, isn't it? Except, when God's involved, those stops and encounters have a purpose. Sometimes there are markers and monuments where the events changed your life significantly and we may even be lucky to still be alive. Those are the moments that our direction changed. Good or bad, we ended up here, today, right now, right where God wants us to be. The road was rough and we have the scars to prove it, but that's just it, we have scars not gaping wounds. Those injuries have healed and we are better for having gone through those challenges. Now we can look back at those markers with a grateful heart and thank God, even though we went through some tragedies, we've made it to this point and have gained the riches of wisdom and spiritual growth along the way. 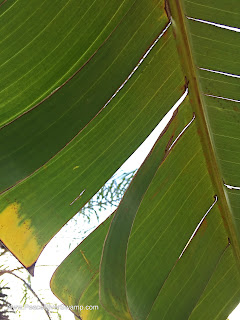 In this life you have a choice, you can either align with the righteous, or set yourself up for failure and align with the wicked. The righteous being those who've been set apart by God and serve Jesus, and the evil being anyone or anything that is against Him and His followers. We are seeing it happen with our own eyes! People that we've loved for years are being flushed out like a covey of quail and coming into plain sight! All of those people who've sold their souls to the devil are now being called out for repayment. As they open their mouths against God's people, their careers are being destroyed and their credibility dismantled! Who does this help? It helps us! We can make better choices because of it. Now that you see the faces of evil, you can choose never to associate with them again, buy their product, watch their shows, or see their movies. What Christian, knowing the truth, would continue to partake in evil? Make wise choices my friends.

A thousand may fall at your side, ten thousand at your right hand, but it will not come near you. You will only look with your eyes and see the recompense of the wicked. Psalms 91:7-8
Posted by Teresa Gonzalez at 5:03 AM No comments: 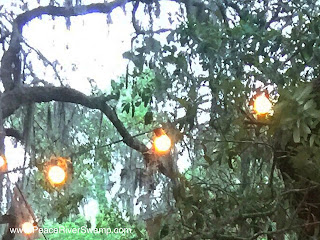 The summer is the perfect time of year to see fireflies, or lightning bugs, as we call them here in Florida. They are so fascinating to see! They're not really a fly, they are a beetle. They have a chemical in their bodies called luciferin and when mixed with other chemicals, it creates this spectacular light. Isn't that an interesting name? In some species, their larvae will light up the underworld because they live underground. I find it very interesting that there are species that live in the western United States, but they do not glow. It makes you wonder how God decided to make some glow up while others do not. Oh, if only everyone who carries the light of Jesus would be like the lightning bug and show off their Light! We could light up this world! Just as this beetle was given a special gift of light, we were given a special gift of light, but unlike the beetle, we can share it with others to bring light into this dark and dreary world. Be a lightning bug and shine!

In the same way, let your light shine before others, so that they may see your good works and give glory to your Father who is in heaven. Matthew 5:16
Posted by Teresa Gonzalez at 5:18 AM No comments: 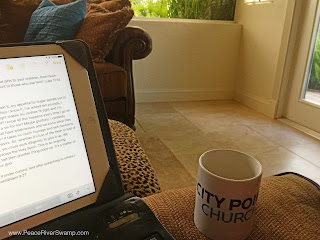 Everyone cleans up for the Lord's day; and believe me, I'm glad they do! A fresh, polished look is good to see, and a bath is good for the nostrils! I'm not opposed to people going to church just as they are; if you were to go to my church in a suit and tie, you would stand out like a sore thumb! I'm not talking about how you look. When you go all week living as you please, don't expect that because you get yourself to church on Sunday, that you are clean. Though this is a good start, living for the Lord is an everyday thing. Imagine if you were out partying the night before, engaging in reckless behavior, and a friend, who was partying with you, shows up at your church for the first time, and there you are, doing your duty as an usher or greeter. What kind of message are you sending? Yes, we've all sinned and fall short of God's glory, but at some point you have to leave that behavior behind and strive toward the likeness of Jesus.