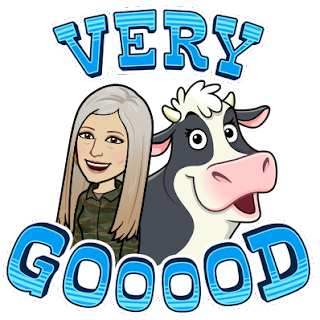 God gave Jeremiah a task to purchase a linen loincloth and wear it. Then he had him take a journey to the river Euphrates and hide it. Later, God made him return to get it, and the loincloth was spoiled and good for nothing. “Then the word of the LORD came to me: “Thus says the LORD: Even so will I spoil the pride of Judah and the great pride of Jerusalem.” Jeremiah 13:8-9

At the time, God commanded Jeremiah to do something that didn’t make sense, but after completing the task, he revealed the lesson. I’m no Jeremiah, but I understand why God spoke to him this way: He sends me to do things and later tells me the significance. He’s never made me bury my underwear by the river, but I can come up with lessons from everyday living.

Here’s an example: Over the past couple of months, we have been trying to get a few of our cows penned because we’ve sold them, but they are as wild as deer. Earlier this week, Richard decided to refrain from feeding them for a few days. Last night, after praying to God for help, he went to feed them; they ran into the pen, and he caught them. If we don’t appreciate God’s word and consume it daily, he will remove that blessing from us so that we will beg him to feed us again. Then when he relents, he may capture our hearts and become sold out for him. Consume God’s word daily, so you don’t become like a wild deer or need to worry about him removing his blessing from you.

Posted by Teresa Gonzalez at 4:48 AM No comments: 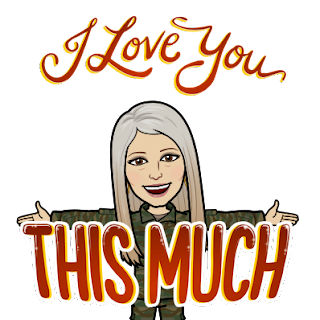 Last evening, we had our family over for a combined birthday celebration. We haven’t gathered since April and missed a few, so we had dinner and enjoyed one another’s company. The grand-boys had such a good time and loved being together. Two of us had been to two different funerals that day, so it was good to end our day on a positive note. Hold your family close, gather often, and tell them that you love them because you never know when God will call them home. Sickness and disease are rampant, so make sure you love them enough to tell them about Jesus, so their lives don’t end when their bodies give up.

The following verses are often used to show people the way to salvation. They are lovingly called the Romans Road because all the verses are from Paul’s writings in the book of Romans.

Posted by Teresa Gonzalez at 4:28 AM No comments: 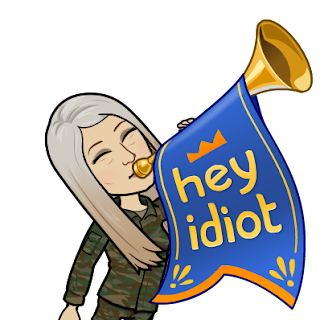 For the last couple of days, I’ve wanted to use the word “stupid” in my post. I refrained because it’s not a nice word and thought it probably had no business in a daily devotional. Then I started reading Jeremiah 10, and he uses it three times! He used it to describe the people worshipping idols made of wood that have no power and to describe those who reject God. The other day (posted on July 25), I wrote about an audacious secret cult society trying to overtake God; there is no better way to describe them than stupid! What power could they possibly have other than deception? Maybe weapons of war? Who could go against God and win? They use every bit of cunningness they have to lure stupid people into their realm and hypnotize them into believing in their phony power.

“They are both stupid and foolish; the instruction of idols is but wood!” Jeremiah 10:8

My point today is to use our wisdom and ask God to guide us to the truth. Much of what we see and hear is false, an illusion, and we need God to show us the truth about everything. Biblical history is repeating itself, and because of our stupidity, Babylon is ruling over us.

Here’s the good news, justice is coming! “But the LORD is the true God; he is the living God and the everlasting King. At his wrath the earth quakes, and the nations cannot endure his indignation.” Jeremiah 10:10

Posted by Teresa Gonzalez at 3:54 AM No comments: 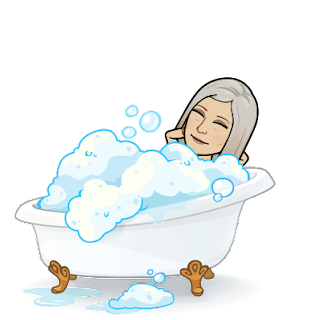 You cannot inherit your Christianity. Even if you grew up in a Christian household, attended church, and heard the truth about Jesus, it doesn’t mean you are automatically saved. And just because you repeated a few words and got baptized doesn’t mean you’re saved. There is only one way: to accept Jesus as your Savior and everything that comes with having him. It may seem like an easy thing to do, but the reality is that you must deny yourself.

And he said to all, “If anyone would come after me, let him deny himself and take up his cross daily and follow me. For whoever would save his life will lose it, but whoever loses his life for my sake will save it. For what does it profit a man if he gains the whole world and loses or forfeits himself? Luke 9:23-25

It's like taking a bath and changing into clean clothes. You'll still stink if you put your dirty clothes back on. It's a complete change of direction, denying your old way of living and committing to living for Jesus. I suggest you take your baptism seriously; Jesus instructed us to do that as a symbolic act of washing away our filthy sin and coming out clean. Do not put those dirty clothes back on; deny them! If you grew up in church, I'm telling you something you've already heard, but time is short, and you need to get right with the Lord.

Posted by Teresa Gonzalez at 3:32 AM No comments: 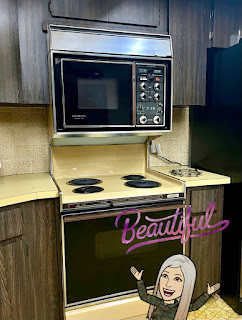 Richard’s dad built the house we live in back in the ’70s, which still has much of that ’70s look. He had plans to remodel the kitchen, and there were brand new appliances in the garage. I’ve hesitated to deep clean anything in anticipation of the coming deconstruction, but I finally couldn’t stand it any longer and decided to scrub the range that is as old as the house, but now it looks brand new! It has minor wear and tear, but it works perfectly, unlike most appliances today that tend to wear out in a couple of years. This thing is almost 50 years old, was top of the line in its day, and is still going strong. Isn’t that crazy? However, after years of use, grime built up, and it needed a good scrub, just like Judah. They lost their former beauty because they tainted themselves by worshipping idols and turning their backs on God. God won’t put up with that kind of behavior for very long; he will unleash his wrath. Judah ended up in captivity, and our country is headed in the same direction, though it seems we are already in captivity. Pray for our country; the entire world is rejecting God, and he won’t put up with this behavior for much longer. The clean-up starts with the church and trickles down through society. Do your part by putting away sinful behavior that taints your testimony, repent, and begin living for Jesus. The clean-up starts with us.

Were they ashamed when they committed abomination? No, they were not at all ashamed; they did not know how to blush. Therefore they shall fall among the fallen; when I punish them, they shall be overthrown, says the LORD. Jeremiah 8:12

Posted by Teresa Gonzalez at 4:25 AM No comments: 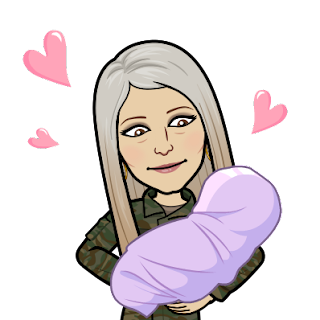 You may not know this because the mainstream media doesn't report it, but the world is in turmoil. Events are happening in every nation that points to a sinister plan that is falling into place. So, I will become your Jeremiah occasionally and raise the alarm of concern. I watched an interview with Lara Logan, an alternative news reporter; she knows someone who has infiltrated a cult that is out to replace God. Can you imagine the audacity of these people? This group's sick idea is to go after children because we are created in the likeness of God, and children haven't been tainted yet. This cult group must be widely prevalent and highly influential because we see the effects of their influence infiltrating our schools and pediatrics. Though we know Satan is defeated, he hasn't faced the ultimate punishment yet and is still roaming around seeking whom to devour. Hold your children and grandchildren close and teach them the truth about God. If these sickos had their way, they would eliminate all the children. This disturbing activity is nothing new; the same thing happened in Jeremiah's day.

“For the sons of Judah have done evil in my sight, declares the LORD. They have set their detestable things in the house that is called by my name, to defile it. And they have built the high places of Topheth, which is in the Valley of the Son of Hinnom, to burn their sons and their daughters in the fire, which I did not command, nor did it come into my mind. Jeremiah 7:30-31

Posted by Teresa Gonzalez at 4:46 AM No comments: 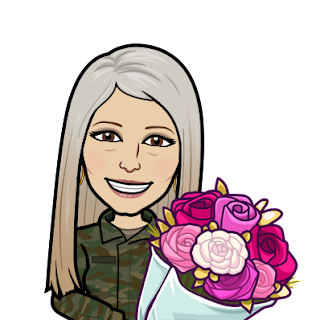 I want to be encouraging, but when I read Jeremiah, I realize that everything is not always roses and butterflies. God sent Jeremiah to warn the people of Judah and Jerusalem of the coming doom. His warning included instructions to ask for the ancient paths where the good way is and find rest for their souls. He gave them a way to avoid the pending doom, but they rejected it. Though our own outlook may sometimes seem gloomy, God always provides us with the opportunity to readjust our ways and set our path straight. We must repent, turn, and look to Jesus; he is the ancient path.

Thus says the LORD: “Stand by the roads, and look, and ask for the ancient paths, where the good way is; and walk in it, and find rest for your souls. But they said, ‘We will not walk in it.’ Jeremiah 6:16

Posted by Teresa Gonzalez at 4:27 AM No comments: