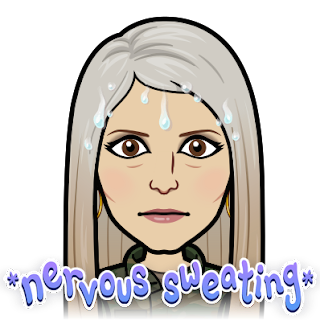 I tried not to write about this today because I’m not too fond of controversy, and I don’t follow other scholars who seem to know more than I do on this subject, but no matter how I tried to get away from it, the Holy Spirit wouldn’t help me write about anything else. I will probably be cen___ed, and no one will see it anyway.

Israel has made it nearly impossible for anyone to live freely without receiving multiple doses of the v___ine. Now those v___ines may be causing a spike in all-cause deaths and other major health problems. Are we seeing the “abomination that causes desolation” spoken of by Jesus? Many people will disagree with me, but that’s okay. I’m putting this out there anyway to get everyone thinking. Is it possible that this is the destruction of Jerusalem that Jesus foretold? If we are in the seventieth week of Daniel, which worldwide events seem to be pointing to, I believe we will see Jesus very soon. I know what you’re thinking; no armies are surrounding Jerusalem; but who is the World Health Organization, and how many nations are involved with them? Could they and their backers be considered an army? Are we witnessing unconventional warfare? Whatever the case may be, we need to be ready. Repent; the Kingdom of Heaven is near!

“But when you see Jerusalem surrounded by armies, then know that its desolation has come near. Luke 21:20

“But when you see the abomination of desolation standing where he ought not to be (let the reader understand), then let those who are in Judea flee to the mountains. Mark 13:14

“So when you see the abomination of desolation spoken of by the prophet Daniel, standing in the holy place (let the reader understand), Matthew 24:15

Posted by Teresa Gonzalez at 5:04 AM