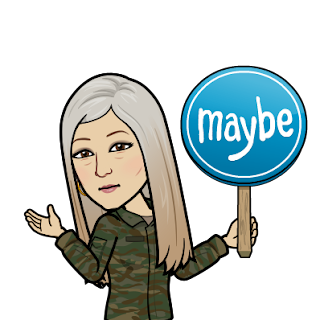 Is there something significant about Queen Elizabeth's reign ending after 70 years and Charles becoming king? I looked up the name Charles, and it means "free-man." Is this a coincidence? No! Nothing is a coincidence; God carefully plans everything. Will the world be set free now that the queen is dead? Will we soon see the ushering in of the One True King, Jesus?

I don't believe every video I watch, but sometimes they make you think. Yesterday I watched a timeline presentation of the Berisheet prophecy, showing that tribulation should begin in 2023. It was pretty alarming. If that doesn't cause you to think, I don't know what will! Would you change what you were doing if you believed this prophecy to be true? We had better get our priorities straight! Worship God like never before! Repent for the kingdom of heaven is near! No harm is done if it doesn't happen, but with the world being in its condition, it doesn't seem so far-fetched. We need to stay ready at all times.

“Immediately after the tribulation of those days the sun will be darkened, and the moon will not give its light, and the stars will fall from heaven, and the powers of the heavens will be shaken. Then will appear in heaven the sign of the Son of Man, and then all the tribes of the earth will mourn, and they will see the Son of Man coming on the clouds of heaven with power and great glory. Matthew 24:29-30

Posted by Teresa Gonzalez at 4:40 AM