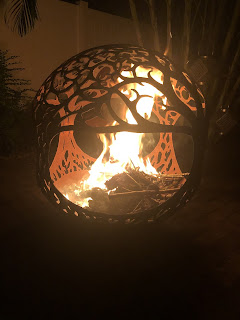 I’m on fire today and plan to offend you! If your preacher did not teach their followers the appropriate candidate to vote for, the one that follows biblical principles, then they are guilty of a disservice to our Savior. The separation of church and state is not in our constitution, it’s a line in a letter from Thomas Jefferson, and in its context, it refers to the government keeping out of the business of religion, not the other way around.

If your preacher happens to prefer the corrupt candidate, you need to leave that church; that preacher is like the flourishing fig tree that Jesus cursed! If your preacher was too afraid to point you in the right direction because of the fear of losing parishioners and their tithe, then he needs a new job; a preacher should offend and offend often! Jesus wasn’t afraid to offend! Now, here we are, fighting for our nation, because of unsaved “Christians.” I can understand why the unsaved follow and vote for evil, but not those who claim Christ; they are liars. Remember Jesus cleaning the temple? He’s doing it again!

And seeing in the distance a fig tree in leaf, he went to see if he could find anything on it. When he came to it, he found nothing but leaves, for it was not the season for figs. And he said to it, “May no one ever eat fruit from you again.” And his disciples heard it. Mark 11:13-14

As they passed by in the morning, they saw the fig tree withered away to its roots. And Peter remembered and said to him, “Rabbi, look! The fig tree that you cursed has withered.” Mark 11:20-21

Posted by Teresa Gonzalez at 5:16 AM