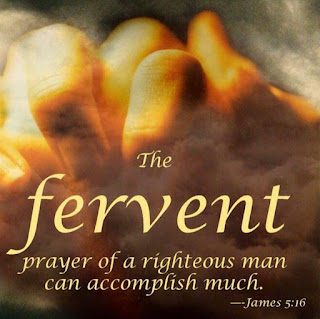 I’m sure you’ve heard the story about Jesus healing the blind man by using spit; it’s short but packed full of information. Here’s the scripture:

And they came to Bethsaida. And some people brought to him a blind man and begged him to touch him. And he took the blind man by the hand and led him out of the village, and when he had spit on his eyes and laid his hands on him, he asked him, “Do you see anything?” And he looked up and said, “I see people, but they look like trees, walking.” Then Jesus laid his hands on his eyes again; and he opened his eyes, his sight was restored, and he saw everything clearly. And he sent him to his home, saying, “Do not even enter the village.” Mark 8:22-26

The lesson to be learned from these scriptures can be summed up by the following observations.

1. The faithful prayer of friends can bring healing to the lost soul.

2. Jesus is the one who leads us away from the unbelievers; in this case, Bethsaida had rejected Jesus.

3. It’s a gradual process to have your eyes opened; you may not see clearly in the beginning. This man only saw trees.

4. When you realize that you do not see clearly, he will touch you again for clarification. Make sure you tell Jesus when you don’t understand his Word.

5. Once you’ve rejected Jesus, you may never see the good he had intended for you; again, look at Bethsaida.

I wrote the portion you just read yesterday without including a physical element. It’s mostly about scripture, and have found that people prefer a personal story, that’s why I didn’t publish it.

Later in the day, I had a friend call me, who has been fighting cancer and is in stage 4 with very little hope for a cure. Hundreds of people have been praying for him. He has never given up hope. He began taking an experimental medication as a last-ditch effort to combat this horrible disease, and it’s working! His numbers went from nearly 400, which is no hope at all, down to almost 0, increasing his lifespan by nearly a decade. God has heard the prayers of his friends, and he is in the process of healing. The people that looked like trees are becoming clearer, and his life is being restored. When someone asks you to pray for them, don’t just say you will and walk away, pray for them. The LORD hears the prayers of the faithful, so pray earnestly.

Posted by Teresa Gonzalez at 4:07 AM