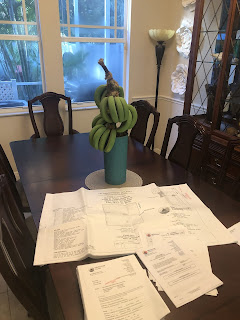 Preparing to build new duplexes has been a grueling process. It has taken nearly two years just to get the paperwork right so we could break ground. We broke ground and are finally ready to call for the first inspection, only to find out that the permits have not been input into the computers as required. I prepared the notice of commencement just like they instructed, but they only picked up on one permit, and there are six. This pandemic has made communication nearly impossible, and just like any governmental organization, the left-hand doesn’t know what the right hand is doing. The bureaucracy has made it almost impossible for an ordinary person to maneuver through, and it’s even more now that they are trying to go paperless. The main problem is they haven’t changed the rules to fit the new requirements. The new way should be easier and less subjective, but they are still trying to live by the old rules when the new should make it more straightforward and precise.

This process is similar to the Old Testament law with all the bureaucracy that added fence laws to “protect” the people when all it did was confuse them and make it impossible for them to be clean and free from sin. Then Jesus comes along, explaining what God meant by the law, wiping out all the garbage religion had added. Unfortunately, religion still adds junk that doesn’t belong by calling it a tradition. Just because it’s called tradition doesn’t mean it’s biblical. Assess the religious rules you are following and compare it to the New Testament to make sure you are following God’s Word, rather than denominational requirements.

“So whatever you wish that others would do to you, do also to them, for this is the Law and the Prophets. Matthew 7:12

Posted by Teresa Gonzalez at 6:23 AM