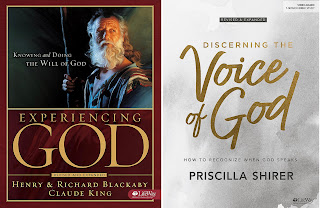 One of the things I find most delightful in my walk with Jesus is hearing the voice of God. Though I’ve never heard it audibly, God has given me the ability to discern between his voice and my thoughts. He speaks to us all the time, though most people don’t realize it; as soon as your ears open, it registers that you’ve heard him all along.

Hearing his voice didn’t happen overnight; it took me doing a couple of Bible studies before it finally kicked in. The first one was Experiencing God by Henry Blackaby; it is an extensive study with a lot of homework, but it was well worth the work I put into it. The second is Discerning the Voice of God by Pricilla Shirer, it’s not as long, and it has accompanying audio teaching. I began journaling during these studies and finally got the courage to post some of what I was hearing.

This morning, as I was reading and diligently combing through the scriptures in an orderly fashion, I came upon one of the miracles of Jesus. He had healed a deaf man who had a speech impediment; he first opened his ears so he could hear, then he loosed his tongue. Doesn’t that sound familiar? I genuinely believe this is what he does for us; once you begin hearing him, you have no trouble bringing the truth about Jesus to others. I’m not saying you have to do those two studies to hear him as I did, but it helped me seek him more diligently and has kept me in his Word more consistently. However, you need to know that the scriptures are his voice, and he will refer you back to them in every situation; so if you don’t become a habitual student of the scriptures, you may never hear his voice clearly.

And looking up to heaven, he sighed and said to him, “Ephphatha,” that is, “Be opened.” And his ears were opened, his tongue was released, and he spoke plainly. Mark 7:34-35

Here’s a question for the thinkers; why did Jesus sigh?

Posted by Teresa Gonzalez at 6:03 AM