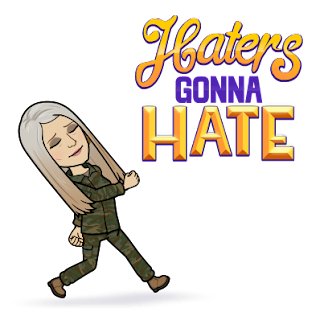 My daughter overheard someone speaking negatively about me the other day; they had accidentally called her without knowing. Taking into account the nature and character of the person on the other end of the phone, I dismissed it. She only heard a snippet of what they said, but they were disparaging me and said they “didn’t know how I could write a devotional.” So instead of becoming hurt because another person thinks ill of me, it fueled me to do more because I know that the enemy meant it for evil, but God will use it for good. I don't need to mention this incident to them because they spoke out of their character, and their father is the devil, and that’s punishment enough.

The only reason I’m telling you about it is that you need to know that you will be mischaracterized at the hand of the enemy, but you should never allow it to stop you from doing what God has called you to do and continue trusting the one who judges justly.

When he was reviled, he did not revile in return; when he suffered, he did not threaten, but continued entrusting himself to him who judges justly. 1 Peter 2:23

Posted by Teresa Gonzalez at 4:47 AM