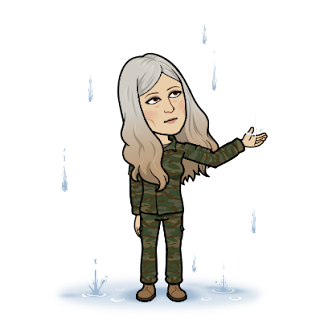 As usual, the mainstream media created a mountain out of a molehill; the hurricane that they kept touting was just a thunderstorm with minor gusts of wind; at least that’s what it was at my house. They had their reporters stationed at every beach along the Gulf coast, creating fear. We have to continue to be vigilant even though they cry wolf all the time; it could be the enemy setting us up for devastation at a later date, and we know they work for the enemy. We have many new residents in Florida who have escaped the tyranny of the blue states up north, and if they think what we went through was a hurricane, they will become complacent and utterly unprepared for one that may prove to be destructive. If this type of behavior doesn’t wake up the sleepers to the media's lies, I don’t know what will. You wouldn’t expect them to lie about the weather, but how else can they keep the news going?

In the same way, the enemy will distract you from your mission, causing you to turn your head to the left or right, rather than keeping your eyes on the purpose Jesus has given you, which is to focus your attention on him. The enemy doesn’t change. He uses the same tactics over and over again because they work. Don’t let him win! Keep fighting the good fight!

Therefore take up the whole armor of God, that you may be able to withstand in the evil day, and having done all, to stand firm. Ephesians 6:13

Posted by Teresa Gonzalez at 5:27 AM