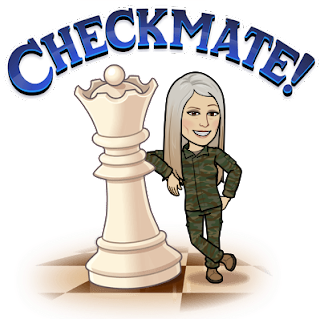 I’m expecting some good days ahead, and it has nothing to do with who’s running the country; it’s because of God. It may not be good for everyone, but for those of us who have put our faith in Jesus, we can expect to see him move on our behalf. I recall early last year praying for God to bring us to justice for all that the evil one has committed against us, and I’m still anticipating the outpouring of his recompense upon him and those in his faction. Yes, we are in the “end times,” but it will be the end of the reign of Satan and his minions, not the end of us. However, if we are not approaching the beginning of Jesus' reign, and he decides to call us to him in the sky, I’m okay with that too. Either way, we win!

What will the reign of Christ look like? Will we see him sitting on his throne, or will it be a time when his church is in charge? Why does he tell us not to look for him? Could it be that he will reign supreme because Satan is tied up, and his work will be seen through us? He says, “I will never leave you or forsake you”; he’s already here. He’s already on his throne, but his work will be made clear because Satan can no longer deceive us.

Then if anyone says to you, ‘Look, here is the Christ!’ or ‘There he is!’ do not believe it. For false christs and false prophets will arise and perform great signs and wonders, so as to lead astray, if possible, even the elect. Matthew 24:23-24

This is us! I believe we are fighting now!

They will make war on the Lamb, and the Lamb will conquer them, for he is Lord of lords and King of kings, and those with him are called and chosen and faithful.” Revelation 17:14

Posted by Teresa Gonzalez at 4:18 AM