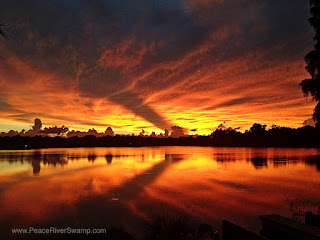 We’ve been saying this all along, but we are at the end of the End Times.

Matthew 24:29  “Immediately after the tribulation of those days the sun will be darkened, and the moon will not give its light, and the stars will fall from heaven, and the powers of the heavens will be shaken.

30  Then will appear in heaven the sign of the Son of Man, and then all the tribes of the earth will mourn, and they will see the Son of Man coming on the clouds of heaven with power and great glory.

31  And he will send out his angels with a loud trumpet call, and they will gather his elect from the four winds, from one end of heaven to the other.

Think about how this scripture has been explained away. These are the words of Jesus, and he is telling us that he will have his angels gather us AFTER the tribulation! We are the elect! I always wondered why Jesus would leave instructions for the people who don’t believe in him. He didn’t; these instructions are for us. I don’t think we're going to be harmed during tribulation; the evil people are the ones that need to worry, not us. We’ve been led astray by the teachers who follow the instruction of instructors of old who were probably part of an evil agenda, and no one questioned it. Research for yourselves to seek the truth.

Posted by Teresa Gonzalez at 5:55 AM