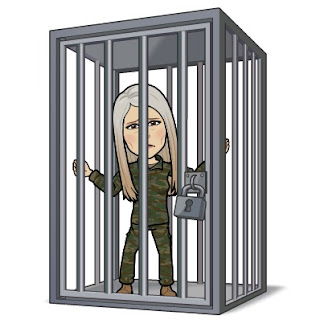 I’m sometimes surprised when the scriptures match current events. I’m even more surprised when it falls into the place that I’m reading. I don’t mean to over-teach on specific topics, but I can’t make this stuff up; it’s right in front of me.

There is an algorithm on some social media platforms that when certain words come up, your posts are shadowbanned or given a “fact check” warning. When you teach that specific things are wrong or that God is good, these reprobates don’t want you spreading that information around, so they label your post and categorize you as a domestic terrorist.

The same thing happened to the apostles. They were jailed for speaking out, but through an angel, God released them and told them to go and teach, so they obeyed. Their teachings infuriated the Sadducees' party, much like it infuriates the people in our government of today when we speak about the things of God. They don’t want reminders that what they are doing goes against him and is sinful in his eyes, so they make up new rules for the common people to follow but exclude themselves from those rules.

The point of today’s message is that if God commands you to speak, and man prohibits you, you had better obey God or face his consequences for disobedience. God controls your eternity, not man.

saying, “We strictly charged you not to teach in this name, yet here you have filled Jerusalem with your teaching, and you intend to bring this man's blood upon us.” But Peter and the apostles answered, “We must obey God rather than men. Acts 5:28-29

Posted by Teresa Gonzalez at 4:15 AM