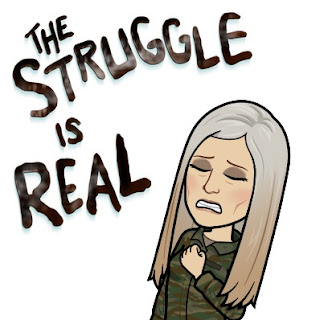 Why do we have to suffer at the hands of the enemy? It’s part of the threshing process. I watched a video on threshing because I’ve never seen it. It’s pretty simple but seems brutal! In the video, they put the whole stalk of wheat in a cloth bag and beat the heck out of it; then, they used a fan to winnow and separate the wheat from the chaff, or the husk. We are that stalk of wheat, and God is only interested in our perfect fruit that’s been threshed and winnowed. We must go through trials and be beaten-up to learn to rely on him entirely and forget this world's draw.

Paul lived a pretty good life, but didn’t he notice that he was killing people, God’s creation? God had to do something dramatic for him to learn the truth. He appeared to him, blinded him, and then healed him at the hand of another Christ-follower. Then, he continued to thrash him; he wrote the process on the pages of the New Testament as letters. Learn as much as you can from Paul’s threshing, so you don’t have to go through as much of that complicated process.

But the Lord said to him, “Go, for he is a chosen instrument of mine to carry my name before the Gentiles and kings and the children of Israel. For I will show him how much he must suffer for the sake of my name.” Acts 9:15-16

Posted by Teresa Gonzalez at 3:57 AM