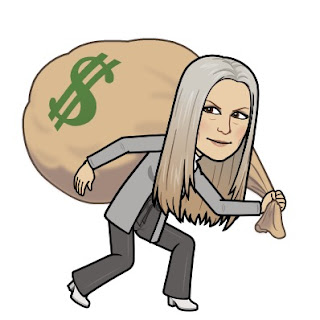 Where is that debt counting clock, and why aren’t we updated on how much further in debt we will be at the hands of those who want to give our hard-earned money to officials who want to line their own pockets?

When Jesus left the wilderness, he came into his hometown, and on the Sabbath, he stood up in the temple and read the next scripture for that day. The temple in Nazareth was his home church, so there was nothing unusual about this except that the scripture he read summed up who he was, the Messiah, and who he was there to save. Everything was okay until he told them that he was fulfilling this very scripture. Then, they said to themselves, “isn’t this Joseph’s son?” They wanted him to do what he had done in Capernaum, but he refused by saying, “no prophet is acceptable in his hometown.” If only Jesus had healed their sick and blind, then the town wouldn’t have to deal with them anymore; and there would be no more pouring out of money into the hands of the indigent, then they could line their own pockets with the taxes. However, the miracles he did in other towns were to heal their unbelief, and he knew they would only see him as Joseph’s son, and they wouldn’t believe in him anyway. Jesus could see their motives. Out of anger, they ran him out of town and tried to kill him! It was not yet his time, so he slipped away unscathed.

Jesus didn’t miraculously cancel their debt. Don’t you wish that clock would disappear and stop counting? We shouldn’t expect that clock to slow down anytime soon; most of the country wouldn’t believe the miracle anyway and would still be responsible for paying taxes.

“The Spirit of the Lord is upon me, because he has anointed me to proclaim good news to the poor. He has sent me to proclaim liberty to the captives and recovering of sight to the blind, to set at liberty those who are oppressed, to proclaim the year of the Lord's favor.” Luke 4:18-19

Posted by Teresa Gonzalez at 5:31 AM