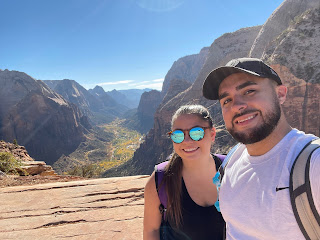 Did you know that Jesus’s lineage is traced back through Mary? In that day, it was not acceptable to mention women in Jewish records of lineage, but Jesus’s record shows Heli as Joseph’s father, but he was Mary’s dad. My commentator believes that Heli may have adopted Joseph, and so the history traced it back through Mary because of that.

Jesus was in his thirtieth year when he began his ministry. I think thirty may be the year that we as humans start to wake up from our stupor and venture into knowledge; at least, that’s been my own experience.

I now have children in their thirties, one of whom we are celebrating today, a little late because he chose to take a trip on his birthday to commemorate the event. I have high expectations for this eldest son and hope that the stupor has worn off and that he will continue taking the path of his mom and dad to become an even brighter light for Jesus. Never stop praying for your children, because eventually they will remember their ancestry, which includes you, and will hopefully choose the best part of your path.

Jesus, when he began his ministry, was about thirty years of age, being the son (as was supposed) of Joseph, the son of Heli, Luke 3:23

Posted by Teresa Gonzalez at 5:32 AM