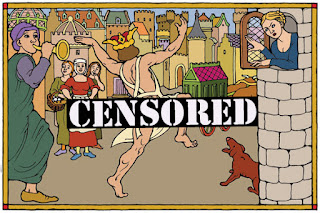 We judge people so severely without knowing what’s going on in their heart. Remember the story of King David bringing the ark of the covenant into the City of David? Scripture says he danced before the Lord with all his might; he was a happy man! However, Michal, the daughter that Saul gave to David as a wife when he paid a brides price, was embarrassed by the way he acted and lashed out at him. It made me angry at her for being unkind to the king we all love.

There is a backstory that is forgotten because we read chapter by chapter, and don’t put the storyline together; at least that’s my experience. Out of anger for David, Saul gave Michal to another man after she had become David’s wife, but David never forgot about her, and asked the King of Israel, Ish-bosheth, to return Michal to him as part of a covenant between them. Ish-bosheth took her away from her husband, all while her husband followed her sobbing, and returned her to David.

Her anger towards David for dancing in the street nearly naked may have had little to do with the dancing, and more to do with her circumstances. She had probably never forgiven David for upending her life. It wasn’t her fault that her dad the king, had given her away to another man, and it wasn’t her fault the Ish-bosheth took her away from that husband. My heart breaks for her now that I know the rest of the story. Some people are just nasty because they’re nasty, but some have suffered; all the more reason to be kind to others, even when they lash out.

As the ark of the LORD came into the city of David, Michal the daughter of Saul looked out of the window and saw King David leaping and dancing before the LORD, and she despised him in her heart. 2 Samuel 6:16
Posted by Teresa Gonzalez at 4:39 AM