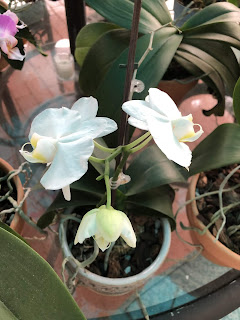 The Christian and secular world are always in turmoil when Bible scholars, and translators try to correct inaccuracies found in some translations of the Bible. Unless you read Greek or Hebrew, you are getting a translation. Today’s versions are not a re-translation of other older versions, but a new, and probably a more accurate version of the original manuscripts, and more understandable to us in the current language we speak.

The reason I mention this is because as I read the story of David and Goliath, I wonder why Saul speaks as if he doesn’t know David at all. The order of the story would place David in his home playing the lyre the help him calm his angry mind. Saul was a little crazy because the Spirit of the Lord had left him, and that could be why he didn’t recognize him after he killed Goliath. According to the scholars that I follow, if you placed the story of David working in Saul’s home playing the lyre (1 Samuel 16:14-23) between Joshua 18:9 and Joshua 18:10, then it would make more sense as to why Saul didn’t recognize David after he killed Goliath. In doing that, it would disrupt the whole world, and that’s most likely where Samuel put it, so it must stay there; but that’s probably why it reads the way it does. This is not up for debate, just me thinking out loud. Your Bible is not wrong, and you have all you need to make a good decision about following Jesus.

And Saul said to him, “Whose son are you, young man?” And David answered, “I am the son of your servant Jesse the Bethlehemite.” 1 Samuel 17:58
Posted by Teresa Gonzalez at 5:30 AM