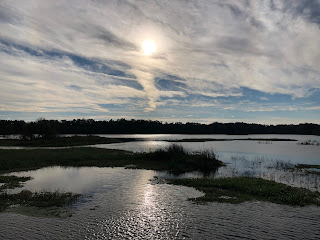 Sometimes I’ll read a scripture and have a deep conviction that He is talking directly to me. Even though the context of the scripture may be that God was giving a warning to Israel in His anger, you know that He still gets disappointed when we are as they were. Though we began as a Christian nation, we have wandered far from the truth and have committed abominations in the eyes of the Lord. As Christians, we have been adopted into the Holy family, to become the bride of Christ. When God has given warnings about conduct, we can take it to the bank that He is also talking to us because of the things we are doing as a nation and as individuals. Pride, haughtiness, excess of everything, including food, prosperous ease; if these words don’t reek of who we are, I don’t know what does. He called them Sodom and you know what happened to Sodom! Tremble before the Lord in repentance so that you may be spared should destruction come upon this nation.

Behold, this was the guilt of your sister Sodom: she and her daughters had pride, excess of food, and prosperous ease, but did not aid the poor and needy. They were haughty and did an abomination before me. So I removed them, when I saw it. Ezekiel 16:49-50
Posted by Teresa Gonzalez at 6:15 AM