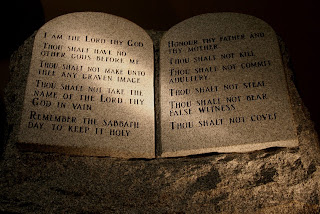 There are many people sitting in jail for crimes they have committed. They went before a judge and were found guilty. They have sinned against humanity and have broken the law of the land and must pay the price. God sent a law down with Moses, most notably, the Ten Commandments. If we break even one of those laws, we deserve punishment. As an example, if you have ever lied or used God’s name as a cuss word, you have broken His law. We have all committed crimes against God. When the enemy brings the accusation against us before God, who is the judge, we are guilty and should pay the price for that crime! However, because we have put our trust in Jesus, He stands before God, and tells Him that we are not guilty, and that it is He who will take our punishment, and He did, by dying on the cross. We did absolutely nothing to deserve this favor. You can’t work to pay Him back, you’ve been set free and are found not-guilty. The crime no longer exists, it completely disappeared and is no longer acknowledged by God. This is the grace, unmerited favor, that we have received from Jesus.

For by grace you have been saved through faith. And this is not your own doing; it is the gift of God, not a result of works, so that no one may boast. Ephesians 2:8-9
Posted by Teresa Gonzalez at 6:06 AM