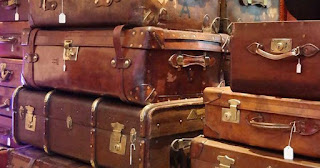 I was honored to be able to read a new book that is in the final steps of being released. It’s called Soul Survivor, by Scott McIntosh. Everyone needs to read this book! I’m a person that has dealt with all the traps the enemy has laid out for me, at least, I thought I had until I read this book. God knows when it’s time to dig deep into that trunk full of junk, all the way to the bottom, and pull out the one thing you’ve been hiding that you don’t want anyone to see. I thought my trunk was empty, but there it was, hiding under a sheet! By me keeping this hidden deep in my soul, the blood from that wound is eventually going to seep out, especially if someone decides that they need to rip the bandage off! Thanks Scott...I think. Don’t get too excited, it’s not fodder for juicy gossip. After my son’s father died, and I was left a widow, my life changed dramatically. He died of a dreaded disease that God had spared me and my son from contracting. There was the initial trauma of finding out, then there were several years of living with the illness before it took his life. I chose to shove it down inside, only to bring it out when convenient. Don’t get me wrong, God was so good to me through this process, but I think He’s decided that it’s time for me to bring it out and work through it. God wants us all to be free from the things in our past, that’s why He sent us Jesus. We’re just responsible for giving it to Him.

The thief comes only to steal and kill and destroy. I came that they may have life and have it abundantly. John 10:10
Posted by Teresa Gonzalez at 5:31 AM