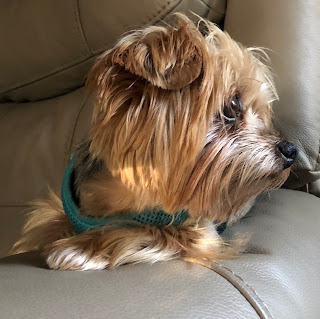 When you have pets, you realize that humans are not the only creatures that God gave a mind of their own. As I was sitting in my recliner, not wanting to get up, I called my dog Coco to come over to me. She looked at me from three feet away and just sat there. She’s not dumb, she knew what I was saying. She knows my voice, she saw my lips moving, but she chose to ignore me. Calling us His sheep, Jesus said that we would hear His voice. We tend to do the same thing - we know when He’s speaking and calling to us, but like my dog, we get a dumb look on our face and just sit there. How many times have you thought you should do something, then ignored that prompting? I know I’ve done that more than once! Then you see someone else jump in and do what you know God told you to do. Sometimes His voice is so quiet that you’re not sure if it’s Him, but if the voice is telling you to be kind to someone, you can bet it’s Him. He won’t tell you to do something that is contrary to biblical teaching. So I challenge you to clean out your ears and begin listening for His voice.