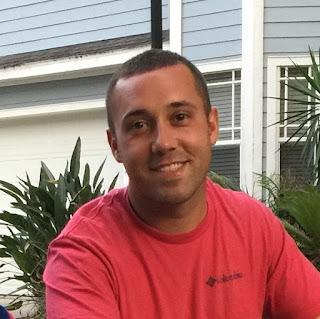 The past few days have been quite interesting. The other morning, I heard a screech and a crash. I didn’t think much of it because we are close to a main artery and there are wrecks all the time. We live in a small community, and word began to spread fast that some crazy driver ran into one of the neighbor's garage door and then sped off. Someone saw him and reported it to the police.

Though many of us had suspected it, no one knew for sure, but it was thought that it was my daughters next door neighbor, she also lives in my neighborhood. They knocked, the police knocked, but no one answered. My daughter, just like any mom, was concerned for the safety of her son. This guy drives like a lunatic all the time. She and her husband knew the time he leaves for work, so yesterday, Doug my son-in-law, piddled around outside waiting to see if he had damage to his car when he opened his garage door. Low and behold, he did! Doug intended to take a picture, but something came over him and he stopped him. He approached him in a gentle way and encouraged him to do the right thing and go tell the neighbor. He didn’t demean him, yell, or accuse. The guy was sorrowful, apologetic, and offered recourse. Watch the God connection here! The woman had prayed the night before that he would come to her and admit his guilt. God told her his name! She didn’t know him! He was shocked and she was shocked when she said it!

Do you realize that it was God that gave Doug the courage to handle this situation? Here is the big deal, this guy waited for Doug to get off work so he could thank him for doing what he did. The guy had been riddled with guilt for leaving the scene and was relieved to have it off his chest. The guy asked him how he remained so calm, and Doug explained that it was because of his trust in God. Then Doug invited him to our church. I’ll bet he will come one day. Doug made a new friend and our neighborhood is safer for it.

Trust in the LORD with all your heart, and do not lean on your own understanding. In all your ways acknowledge him, and he will make straight your paths. Proverbs 3:5-6
Posted by Teresa Gonzalez at 5:26 AM