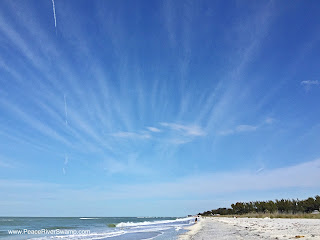 I know you've been there, days where things get off to a running start and then don't slow down. Sometimes that's good, but sometimes it's not! As I opened my door, very early in the morning, my dog shot out as fast as he could like he was chasing something. Before I knew it, he was halfway down our long driveway. So here I go, running after him with my bare feet on a rocky path, just to make sure something doesn't eat him! That sure got the heart rate going early! Speaking of heart rate; what gets your heart rate going for Jesus? Music tends to get me worked up and excited for Him. There's just something exhilarating about praising Him! Instead of being overwhelmed by running after a dog or whatever gets your blood pumping, let yourself be overcome with joy for the Lord. It is very satisfying and will change the atmosphere and set the tone for your day. But, there's an added benefit; it gives the Lord what He deserves, and that's a good thing!

Let the sea roar, and all that fills it; the world and those who dwell in it! Let the rivers clap their hands; let the hills sing for joy together before the LORD, for he comes to judge the earth. He will judge the world with righteousness, and the peoples with equity. Psalms 98:7-9
Posted by Teresa Gonzalez at 5:19 AM