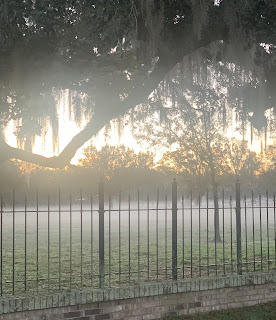 I've been glued to C-Span for the last few days, watching the vote for the new Speaker of the House. Even though we don't know everything going on, it's intriguing seeing the drama unfolding. It's encouraging that some representatives are listening to their constituents and using their votes to help bring change to the rules for the good of the people. I watched a couple of them praying together, right in front of the camera; God will prevail, and his will be done!

In another spotlight on God this week, we watched as a football player was hurt on the playing field and commentators praying right on camera. I was concerned that he wouldn't make it and they would blame God because he didn't answer their prayers, but like a hero in shining armor, he did, and the man is still alive.

Even though these events are newsworthy, most people still miss how magnificent our God is because they don't know him. Bring him up in regular conversation; some people will ignore you and brush quickly over what you say, others will join in on your praise of him. Ultimately, seeds of goodness are planted.

But grow in the grace and knowledge of our Lord and Savior Jesus Christ. To him be the glory both now and to the day of eternity. Amen. 2 Peter 3:18

Posted by Teresa Gonzalez at 5:00 AM