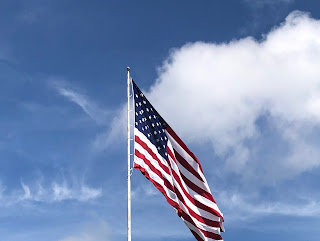 The takeover by Elon Musk uncovered that Twitter, Facebook, and other social media platforms colluded with the government to censor critical information about the candidates in the elections. They suppressed valuable information about some of them but allowed lies to continue about others. That’s part of the reason we have a corrupt president who has sold us out to the highest bidder. If you don’t understand how the enemy works, consider how governments are run under his authority; it’s a shambles! I think the Lord allows him to run with his ideas to show the world how ridiculous it is to trust Satan and his cronies; believe me, that is who’s running our government right now. We can tell the liberals the truth until we are blue in the face, but they won’t listen; God has hardened their hearts.

Jesus is the Truth! As his followers, we must listen to the Holy Spirit, not rely on our own conclusions by becoming part of the lies being strewn. Look intently at each candidate, verify the information coming from their lips and vote only for the ones whose ideas most closely resemble biblical truths; our freedom depends on it.

Then Pilate said to him, “So you are a king?” Jesus answered, “You say that I am a king. For this purpose I was born and for this purpose I have come into the world—to bear witness to the truth. Everyone who is of the truth listens to my voice.” John 18:37

Posted by Teresa Gonzalez at 4:22 AM