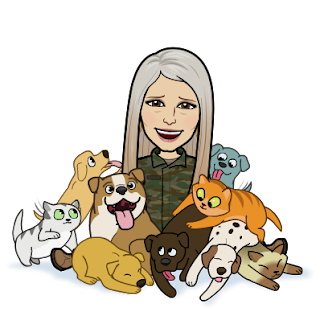 Last night, we finally saw the devastation left behind by Hurricane Ian when our internet came back on. You don't realize how lame the television news is until that's all you have for information. Sanibel was a yearly destination for my daughter and me. We got to know many people in the sea shelling community and would meet up with them during a shell show in March. Our hearts are broken over so much loss.

I've seen photos of Little Gasparilla Island, where I once owned a condo and my sister has a home, and the island is also in shambles. Thankfully my sister's house was spared, but the building where my condo was located received a lot of damage, and the entire top story of my friend's condo got ripped off. I was worried about a few people I knew who rode out the storm on the Little Gasparilla, and in Ft. Myers, they all survived, thankfully, but many others weren't so fortunate.

I noticed that many of the people we saw rescued had stayed behind because of their pets; those people are being left with little choice; we need to be more accommodating, so they won't be forced to choose their pets over their life. That's the kind of love people don't understand about Jesus or how he could give up his life for us. These people are a prime example of his type of love; he loves us like those people love their pets and are willing to die for them rather than become separated. Keep praying for your unsaved loved ones that the Holy Spirit will draw them. Their life could end without prior notice and separate them from Jesus, the one who loves them the most.

Greater love has no one than this, that someone lay down his life for his friends. John 15:13

Posted by Teresa Gonzalez at 4:35 AM