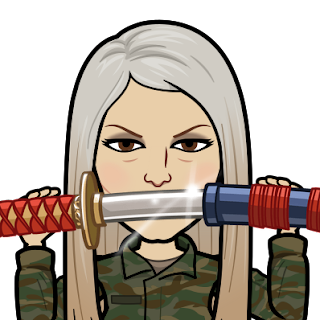 Whatever you do for the LORD, put your heart into it. I’m still in the book of Jeremiah; it’s very long, and I am ready to move into another book, but this verse stood out today:

We are not in a war that requires bloodshed yet. However, we are at war, but our sword is the Bible. If ever there was a verse that cut to the core of what we are witnessing in modern-day evangelism, it's this verse. Many of God's servants, preachers, and evangelists, have held back from telling the truth about the wrath of God, and many people will fall victim because of their slackness. Yes, God loves us, but people must accept Jesus as Savior and turn away from their sinfulness. Many preachers are careful not to offend, so they refrain from telling the whole truth. I get it; they are probably trying to keep from becoming censored or canceled. But, I would rather be canceled by the media and other cronies than come under God's curse because I was a slacker and didn't use my sword to cut to the core of the truth. Now is not the time to be gentle. It's time to overturn the tables of the money changers and drive the animals out of the temple. Use your sword; slice through to the core; it may be what's required for the sleepyheads to hear the truth about the ongoing situation happening worldwide.

Posted by Teresa Gonzalez at 4:54 AM