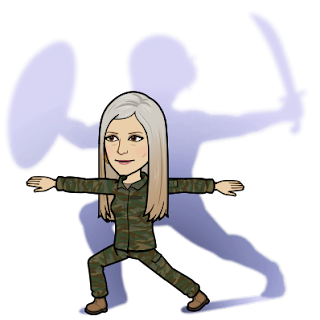 Don't get me wrong; I'm a fierce pistol-packing mama, and I will take out an enemy in a heartbeat, but that gun is not my source. We've made a mistake when we begin trusting our weapons more than God.

Woe to those who go down to Egypt for help and rely on horses, who trust in chariots because they are many and in horsemen because they are very strong, but do not look to the Holy One of Israel or consult the LORD! Isaiah 31:1

This war we are fighting against this enemy government and anyone who helps them (Hollywood, the media, etc.) will not be won with the standard physical weapon; God will win it!

And yet he is wise and brings disaster; he does not call back his words, but will arise against the house of the evildoers and against the helpers of those who work iniquity. Isaiah 31:2

Further in this scripture, God says the enemy and his helpers will die together. These people teaming up with the enemy know what they are doing; they've turned against God. But God is like a lion with its prey, and all the shouting, as we see in the news, will not stop him from devouring them. We are safe and in good hands, but we must trust him. Have your weapons of war ready, but know they will not save you; your life is in the hands of God, and it is him alone that will come to your rescue.

Posted by Teresa Gonzalez at 4:03 AM