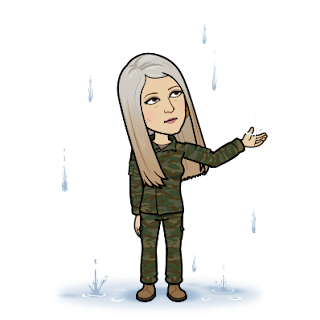 It happened again! An immediate answer to prayer. It looked like the storm was going to go around us, the radar confirmed it, and my newly planted trees needed water. I stood outside praying that God would release the rain so I wouldn’t have to water them, but I got no more than a drizzle. I came back inside and asked Richard to pray, and it began pouring! We both started crying! For as much stuff as we’ve had to deal with lately, God made it known at that moment that he saw and heard us and was pouring his love upon us. Was I being spoiled? Probably. I could have watered them myself, but think about how wonderful it is to see God’s blessing raining down from the sky only minutes after praying. There is strength when we pray together in one accord. Today, let’s pray together for God to sleigh the forces of evil, for Jesus to come and rule, and for peace on earth under his reign. It’s biblical. He’s promised. Maybe if we synchronize our prayer, he will hear us and heal our land.

And though a man might prevail against one who is alone, two will withstand him—a threefold cord is not quickly broken. Ecclesiastes 4:12

I declared them to you from of old, before they came to pass I announced them to you, lest you should say, ‘My idol did them, my carved image and my metal image commanded them.’ “You have heard; now see all this; and will you not declare it? From this time forth I announce to you new things, hidden things that you have not known. Isaiah 48:5-6

Posted by Teresa Gonzalez at 2:56 AM