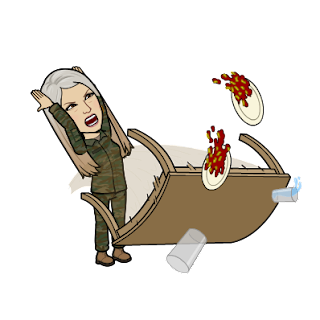 During the week leading up to the crucifixion of Jesus, he took action that is important for us to remember. After he was presented as King in the procession into Jerusalem on what we call Palm Sunday, he spent the night in Bethany. The next day, on the road back to Jerusalem, he came across a fig tree that didn’t have fruit, and he cursed it. I would not want to be cursed like that fig tree for not bearing fruit! It wasn’t the season for the fig tree, which makes me think that we had better bear fruit in every season!

In the morning, as he was returning to the city, he became hungry. And seeing a fig tree by the wayside, he went to it and found nothing on it but only leaves. And he said to it, “May no fruit ever come from you again!” And the fig tree withered at once. Matthew 21:18-19

After that, he headed to the temple to teach, and once again, they were selling their products, and he ran them out! We are the temple and the house of prayer! Bear fruit and keep it clean! We need to get this right; Jesus is free to everyone, and we shouldn’t make him a business for profit, and we should be skeptical of anyone who does.

And he entered the temple and began to drive out those who sold, saying to them, “It is written, ‘My house shall be a house of prayer,’ but you have made it a den of robbers.” Luke 19:45-45

Posted by Teresa Gonzalez at 4:33 AM