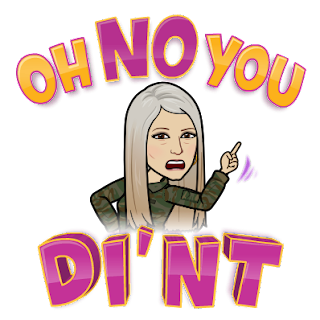 And the hits keep coming. It will be okay, though. Defeated, we are not because we are more than conquerors! While I was sorting through belongings in the doorway of my father-in-law's home, a hornet kept flying around me. I didn’t think too much about it or let it deter me from what I was doing. On one of my trips back into the house after carrying some things outside, it hit me in my hand, and I couldn’t sling it off for a few seconds. The sting was painful, and now this morning, it is swollen and still hurts. Unfortunately for the hornet, he came buzzing around me again, and my nephew swatted him down to the ground, and I squashed him under my foot. Another victory against the enemy!

This story is a living prophecy. The enemy attempts to overtake us; though he is small in stature and number, his sting is quite powerful, and he gets angry when Christ-followers win! We must acknowledge that whatever the worldwide governments have planned against the people will fail because we are bigger and stronger than they are. We must join together to defeat them. When one country is under attack, we join with them and swat the enemy to the ground and crush them under our feet!

If you are still getting your news on the television, you may not know of the truckers who have rallied together in convoy to defeat the mandates in Canada or the truth about why. Big trucks are coming against the few government officials who have overstepped their authority and are using their power to terrorize the people with unconstitutional orders. I expect the big trucks to win. Though it may sting for a minute, God’s plan never fails.

And one of the elders said to me, “Weep no more; behold, the Lion of the tribe of Judah, the Root of David, has conquered, so that he can open the scroll and its seven seals.” Revelation 5:5

As it is written, “For your sake we are being killed all the day long; we are regarded as sheep to be slaughtered.” No, in all these things we are more than conquerors through him who loved us. Romans 8:36-37

Posted by Teresa Gonzalez at 3:52 AM