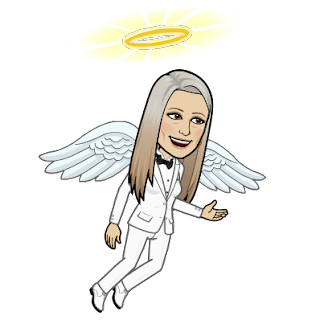 It’s not likely that while on this earth, you will meet an angel with wings like the cherubim and seraphim described in the Bible; even the thought of that scares me a little. However, if your spirit is right within you, when you meet an angel, you will remember them forever. It may not dawn on you at that very moment you meet them, but the minute they disappear, you will know that you were in the presence of one of God’s messengers.

The first time I was with my daughter, she was pregnant and had some concerns about her pregnancy, and I was worried about a negative medical test result. A pair of angels disguised as a mother and daughter, with similar prior situations that we had, appeared as we were leaving a restaurant and assured both of us our fears were unfounded. They were vague when we asked them questions about their church which gave us cause to pause. The moment they left, we knew that we had encountered angels.

My subsequent encounter was when I had a broken leg and couldn’t find a parking place near the door. I was in an empty parking garage, and out of the blue, a man, disguised as a security guard for the building, instructed me to park directly in front of the entrance. I thanked him, and as I turned to get in my vehicle, he disappeared.

Both of these encounters were many years ago, and they are still fresh in my memory. You must be kind to everyone because you never know when you will meet an angel.

Do not neglect to show hospitality to strangers, for thereby some have entertained angels unawares. Hebrews 13:2

Posted by Teresa Gonzalez at 5:19 AM