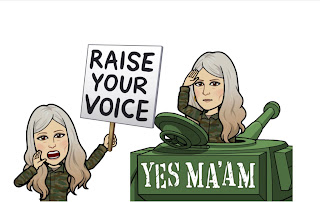 Circumstances are changing, like a ritual brought on by the powers and principalities of this world, as a last-ditch effort to control it. However, those powers didn’t expect the people to fight back; over the weekend, there were protests on every continent. It may have been the most significant worldwide revolt against tyranny that has ever been seen. There was nothing about it in the news on television. Wouldn’t you think that would be a front-page story? It would be if the news outlets weren’t in on the destruction. They are puppets in the hands of the elites who have decided to take control. Who is really in charge of our government? Why aren’t they fighting back on behalf of the people? Their hands are dirty, and their bank accounts are full! They began the indoctrination of our children many years ago and have poisoned their minds against freedom. Poisoned minds and poisoned bodies make it easy to control the masses. It feels like we are surrounded on every side, an impossible situation, but like Elisha said to the servant, “Do not be afraid, for those who are with us are more than those who are with them.”

I point out these things to make you aware, not to scare you, but give you power behind your prayer. Not only are there more of us, but the host of heaven’s army also protects us. My confidence is in God and his will. He will not forsake us; I only wish he would hurry up and bring about their destruction. I know he has perfect timing, but the process is wearying. Continue to pray powerful, pointed prayers, and our Father in heaven will hear those prayers and answer them.

Then Elisha prayed and said, “O LORD, please open his eyes that he may see.” So the LORD opened the eyes of the young man, and he saw, and behold, the mountain was full of horses and chariots of fire all around Elisha. 2 Kings 6:17

Posted by Teresa Gonzalez at 5:10 AM