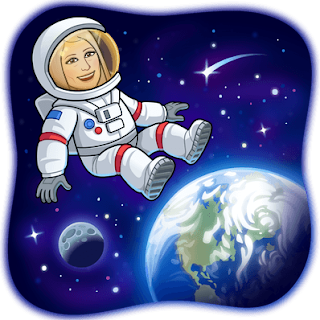 What if the Saturday morning cartoons that nearly all of us watched as children were indoctrinating us into a system of belief that would eventually lead us to where we are right now? Are we the generation where they began the process of mind control for the New World Order? I can still hear the Bugs Bunny version of Christopher Columbus arguing about the world being round. Don’t you think God would have mentioned that the world was round if it was? He calls it his footstool. What an awkward footstool! He also says it’s unmovable, yet we were taught that it spins and rotates. How could the devil have shown Jesus all the kingdoms of the world from a very high mountain? How would Jesus have seen the bottom if it was shaped like a globe? What if NASA was created to keep us from finding out the truth and all the film and photos were computer-generated or movies made with actors? When they try to debunk claims, why do they use scientists who don’t believe in God? That may not always be true, but the one I saw believed in the Big Bang theory. The Bible mentions that the earth is set on its foundation and is firm and secure, and can never be moved. It also says that the angels hold back the wind from the four corners; is that just a lie? He marks out the horizon and also speaks of the ends of the earth. So, with that being said, who are you going to believe?

When Paul makes an argument between “offspring” versus “offsprings” in Galatians 3:16, he shows how important every word is, even down to the spelling. So don’t you think that the other words in the Bible matter? “Now the promises were made to Abraham and to his offspring. It does not say, “And to offsprings,” referring to many, but referring to one, “And to your offspring,” who is Christ.”

Lots of food for thought. I’m not a “flat earther,” but I am a Bible believer! Here are a few verses to start; there are many more.

"tremble before him, all the earth; yes, the world is established; it shall never be moved."  1 Chronicles 16:30

"He raises up the poor from the dust; he lifts the needy from the ash heap to make them sit with princes and inherit a seat of honor. For the pillars of the earth are the LORD's, and on them he has set the world."  1 Samuel 2:8

"It is he who sits above the circle of the earth, and its inhabitants are like grasshoppers; who stretches out the heavens like a curtain, and spreads them like a tent to dwell in;"  Isaiah 40:22

Posted by Teresa Gonzalez at 5:18 AM