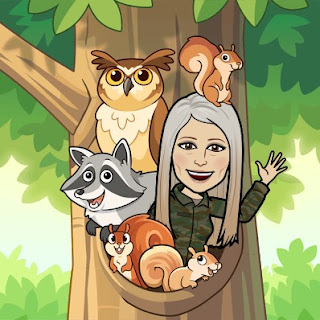 Have you ever read Alice in Wonderland? Yesterday, I decided to read the book since I’d never watched any of the movies. It’s about a little girl who fell asleep in her sister's lap while they were enjoying the warm summer outdoors, and she began to dream. She fell into a hole while following a white rabbit. From there, she met all kinds of critters. Every time she would eat or drink something, she would either shrink or grow to suit her surroundings. And so she told her story of her crazy adventure. In the end, her sister explained how Alice’s environment had contributed to her dream and had made up the cast of characters she had seen.

I find it incredible how God works. This morning I began reading Acts 10, and guess what it’s about? Peter’s dream with all the critters in a sheet! How do they relate? I don't’ know! In Peter’s dream, God told him to kill and eat, showing him that nothing is unclean. God made it clear to him that we, as Gentiles, were also called to know him, and thus began our way to salvation in Jesus. Some dreams have deep meaning, like Peter’s, but others are just ramblings like Alice’s. If I had the desire to decode it, it probably has a deeper meaning, but that’s for another day.

The point of my message today is that God may want you to start writing down your dreams; sometimes, they are him trying to tell you something. Pay attention. If you don’t understand them, ask him to help you or put someone in your path that can help you decode it. Do you remember how Acts 2:17-18 tells us that in the end, people will have prophetic dreams and visions? You could be one of those people.

And the voice came to him again a second time, “What God has made clean, do not call common.” Acts 10:15

Posted by Teresa Gonzalez at 4:42 AM