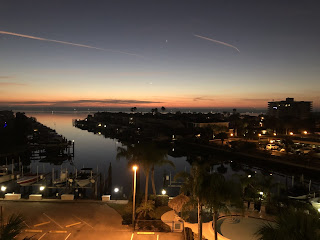 I can’t tell you how important it is to work out your faith now. Many people are reading my posts, who are BINO (believers in name only), and need to work out their unbelief with fear and trembling. These people think they are safe, but they are no better than the Pharisees who killed the prophets of old, praising Jesus with their mouth, but living a life opposite of a true believer.

Things in this world are rapidly changing, and tomorrow is not promised. Do not live your life for someone else! Do not base your beliefs on someone else’s experience with the “church.” They will not be there to help you when you pass from this life to eternity. Ultimately, what happens to you in the afterworld is up to you alone. If your family passed on and ended up in hell, is that where you want to go?

There is a story in Luke 16 that Jesus tells about a rich man who ended up in hell and a poor man who had also died but ended up in heaven. He used to lay at the rich man's gate and desired to be fed with what fell from his table. He asked Abraham if Lazarus could go back from the dead and warn his brothers to change their ways, so they didn’t end up where he was, in a dry and hot place, but Abraham told him that it wasn’t allowed.

When you die, you die alone unless you have Jesus, and he will judge everything you did. One of the differences between a Christ-follower and one who rejects him is their eternal resting place, either with Jesus or separated from him. Ask God if you are truly saved, and listen carefully to what he says; then repent, accept Jesus, and turn away from sin.

He said to him, ‘If they do not hear Moses and the Prophets, neither will they be convinced if someone should rise from the dead.’”  Luke 16:31

Posted by Teresa Gonzalez at 5:11 AM