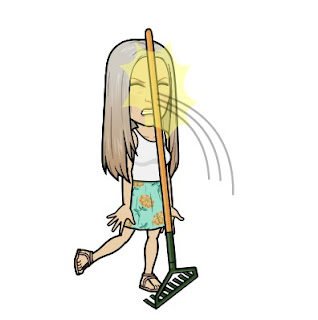 The cabin in the mountains is a new environment, and I’m not used to the layout of the house. When I got up this morning, I couldn’t see anything; it was dark without a glimmer of light to be seen. I felt my way past the bed, but after that, I was on my own. Suddenly, I found the door by running right into it! After opening it, I felt free to move and ran into another wall and nearly put my eye out. Now that’s a rude awakening! I’m surprised I didn’t wake up the whole house.

When Jesus came into the world, he became our glimmer of light in the darkness. Imagine the people who’ve never heard of him; they are just like my experience this morning, groping around in the dark, running into walls, and doors, with no light marking their way. Jesus had compassion for people like these, and healed as many as were brought to him, and gave them food to satisfy their appetite and spiritual sustenance to nourish their soul. Remember, you may be the only light someone sees; refuse to allow your testimony to be tainted by unfruitful works, because you may be the only thing that stands between that person and the darkness of hell.

When he went ashore he saw a great crowd, and he had compassion on them and healed their sick. Matthew 14:14

Posted by Teresa Gonzalez at 5:00 AM