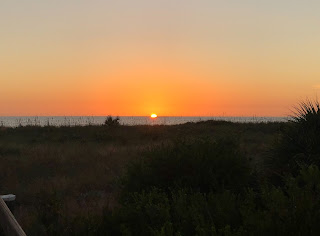 We are all guilty of it; following the ways of our parents or our church into useless traditions or unhealthy habits. I’ve included church because there are some traditions that need to be set aside for the sake of the lost. While Israel was held captive in Egypt, they began worshipping the idols of the Egyptians. After God brought them out into the wilderness, they continued using those idols, even after He gave them the Ten Commandments. Because of that, He waited for the whole generation of those who had lived in captivity to die before He allowed them to enter the promised land. Moses taught the children the ways of the Lord and to follow His precepts. Are there some areas of your life that you need to let go of that are against God? Maybe He’s waiting for you to give Him your total devotion before He blesses you with the promise He made you. Do a survey of your life and begin to release those long held family traditions that separate you from God and are harmful to you and others.

“And I said to their children in the wilderness, ‘Do not walk in the statutes of your fathers, nor keep their rules, nor defile yourselves with their idols. I am the LORD your God; walk in my statutes, and be careful to obey my rules, Ezekiel 20:18-19
Posted by Teresa Gonzalez at 5:02 AM