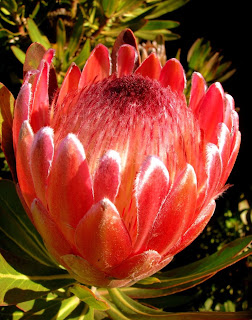 On November 30, 1995, my son’s father succumbed to the disease that had taken over his body. His ashes are now buried in a family cemetery. He didn’t die in vain, he was a seed that was planted; people heard about Jesus because of him. He was zealous for our Savior, and thankful that He had forgiven him of all his sins. His memorial service was packed, and the gospel was presented. I watched as hands went up all over the congregation. It was a testament to the power of Jesus. When someone dies and you know that they went to heaven, the sting of death is not as harsh or as hard to bear. You still grieve, but it’s more about yourself than the one who’s in the presence of the almighty. What will be said of you when you die? Will people know that you followed Jesus? If you don’t know the answer to that question, you might need to make a change. Set your heart toward Him, and allow His power to flow from you like living water.

"Whoever believes in me, as the Scripture has said, ‘Out of his heart will flow rivers of living water.’”  John 7:38
Posted by Teresa Gonzalez at 6:28 AM