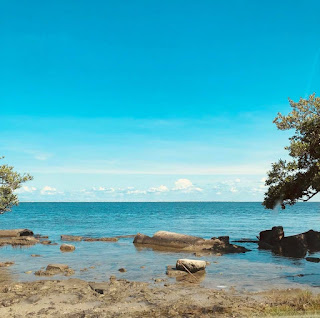 God called my friend out into nature, so she could hear His voice more clearly. She decided to share a portion of that experience through video, and challenged her friends to discuss it as if it were a parable. It was interesting to see how God spoke to each person so differently. She was sitting at the edge of the water and had fixed her eyes on some minnows that were grouped together doodling around in the shallow water. Out of the corner of her eye, she saw a water turkey, Anhinga, swim by. She was so enthralled watching the fish that she almost missed seeing this bird. When she looks back at the fish, they had multiplied! The message I received from this goes right along with my study of Ephesians 4. If you’ve ever watched fish swim together, you’ll notice that they swim in sync, they move together as one. Every now and then one will swim off on its own, making it vulnerable to being gobbled up by its enemy. These fish represent the body of Christ, the Anhinga represents the enemy, waiting for that one fish to get separated from the others, and my friend represents God’s presence. The Anhinga won’t come near the minnows my friend is watching over because it’s too afraid. When we strike out on our own, away from the body of Christ; it makes us susceptible to the deceitful schemes of the enemy. However, when we stick together as one, the body of Christ grows and we are safe!

I challenge each of you to spend some time alone in nature and see if you can hear God’s voice more clearly. If you invite Him to join you, He will!

so that we may no longer be children, tossed to and fro by the waves and carried about by every wind of doctrine, by human cunning, by craftiness in deceitful schemes. Rather, speaking the truth in love, we are to grow up in every way into him who is the head, into Christ, from whom the whole body, joined and held together by every joint with which it is equipped, when each part is working properly, makes the body grow so that it builds itself up in love. Ephesians 4:14-16
Posted by Teresa Gonzalez at 5:00 AM