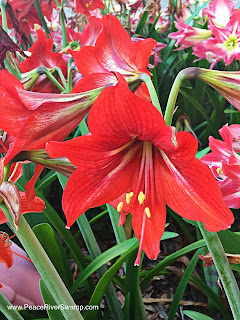 I saw a T-shirt that said “Free Barabbas.” It made me pause to think about it. Though it’s repulsive, it had to be that way. The three criminals that were involved in the crucifixion story are very indicative of the truth of today. First, you have Barabbas, who was chosen over Jesus to be released rather than be crucified. We are like him because we have been released from our punishment and Jesus took our place! Then you have the one who never repented and through more insults upon Jesus as they were hanging there together, he found himself in eternal hell! Then there was the one who lived his whole life as a sinner and just before death, repented and Jesus accepted him into paradise with Him. I don’t know what happened to Barabbas after he was released, but, like us, I hope he realized how fortunate he was and made a decision to follow Him. Value your salvation!

But the other rebuked him, saying, "Do you not fear God, since you are under the same sentence of condemnation? And we indeed justly, for we are receiving the due reward of our deeds; but this man has done nothing wrong." Luke 23:40-41
Posted by Teresa Gonzalez at 5:51 AM