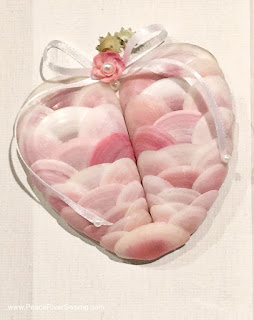 We were ransomed by His blood. From what? From death, the stronghold of Satan. Satan dangles death over our heads every day. If you’ve ever been in the truck with my husband, you’ll understand what that means. Every now and then I’ll forget that I’m the daughter of the King and will let fear grip me when it looks as though we are going to plow into the back of a slow motorist. I’m not sure why I concern myself being he’s been involved in fewer accidents than I have, and the fact that if I’m taken out by death, I’ll have uninterrupted peace and will no longer be in the clutch of Satan’s kingdom. The only reason to fear death is if you haven’t been redeemed by the blood of Jesus and accepted Him as your Savior from your sin. However, for those who have been redeemed, when Jesus comes to rule the earth, we will have the highest positions in the Kingdom and will all be priests and kings! I can only imagine.

And they sang a new song, saying, "Worthy are you to take the scroll and to open its seals, for you were slain, and by your blood you ransomed people for God from every tribe and language and people and nation, and you have made them a kingdom and priests to our God, and they shall reign on the earth." Revelation 5:9-10
Posted by Teresa Gonzalez at 5:51 AM