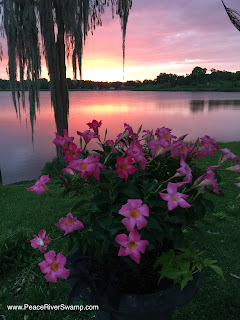 My father-in-law was in the Navy. The ship he was on docked in Hawaii for a few days. He would come and go never really noticing that he was walking right past an aircraft carrier. He was so close to it that it looked like a wall. It was so big that he couldn't see it! New York City has very large buildings. From a distance those buildings look small. However, as you get closer and closer, the buildings become bigger and bigger. When you finally stand next to one, it's hard to see the top. It's a matter of perspective. How big is God to you? Is He relegated to the pages of a book, a minuscule word or a created image? The closer you get to Him the bigger He becomes. I want Him to be so big in my life that I move about in His shadow never seeing Him, but knowing that He is there and is that big wall of protection. Draw closer to Him so that you live in His shadow.

He who dwells in the shelter of the Most High will abide in the shadow of the Almighty. Psalms 91:1
Posted by Teresa Gonzalez at 4:30 AM