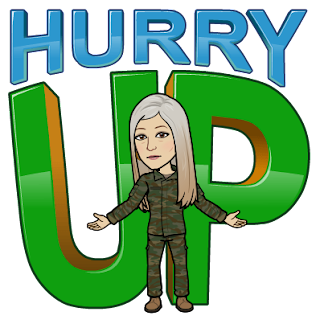 We had an apartment become available late in the afternoon on Monday. We reached out to a couple of people who were interested, but they ultimately declined our offer. Then on Tuesday, a young woman and her mother looked at it and determined they wanted it. We didn’t hear from them on Wednesday morning as expected, and when I reached out, they didn’t respond. Then another woman contacted me, and after seeing it, she also determined that she wanted it. She then left to get the money but didn’t follow through as she told us and failed to respond when we contacted her.

Meanwhile, I had been receiving messages from a young man who was also interested. He came, saw the apartment, made a decision right then and there, and made arrangements to get the funds and sign the lease. Then immediately after accepting him as our new tenant, we hear back from both women, only to crush their spirits. They had missed their opportunity for a new home because they had procrastinated and stopped communicating. One of them sobbed when I told her.

The time for your decision to follow Jesus is waning. Don’t be like the women in this story; left without a home because of procrastination and indecision.

Everyone knows John 3:16, but have you ever read the verses that follow? Read the words of Jesus and make a decision today to accept him as your Savior. Then we will welcome you into our family, and you will no longer be left homeless and hopeless.

“For God so loved the world, that he gave his only Son, that whoever believes in him should not perish but have eternal life. For God did not send his Son into the world to condemn the world, but in order that the world might be saved through him. Whoever believes in him is not condemned, but whoever does not believe is condemned already, because he has not believed in the name of the only Son of God. And this is the judgment: the light has come into the world, and people loved the darkness rather than the light because their works were evil. For everyone who does wicked things hates the light and does not come to the light, lest his works should be exposed. But whoever does what is true comes to the light, so that it may be clearly seen that his works have been carried out in God.” John 3:16-21

Posted by Teresa Gonzalez at 2:56 AM