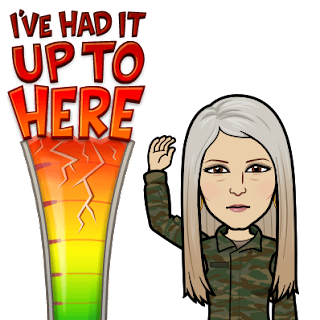 Jeremiah prayed for God to turn his wrath away from his adversaries, yet they plotted against him, dug a pit to capture him, and made a snare for his feet. They didn’t like his prophecy for them and wanted to keep doing their evil deeds rather than turning away from it so God would relent from bringing disaster. So Jeremiah prayed for them again; only this time he prayed against them!

Therefore deliver up their children to famine; give them over to the power of the sword; let their wives become childless and widowed. May their men meet death by pestilence, their youths be struck down by the sword in battle. Jeremiah 18:21

These people were nasty! He told them what God wanted him to say; he prayed for them and instructed them to turn away from wickedness, and yet they came after him because they didn't like what God said. They had the opportunity to change, not unlike today's evil. They've had warnings, and we've prayed for them to relent from their evil practices; it's time for us to pray against them. Pray that everything terrible they've planned for the ordinary people would fall back on them. Like Jeremiah, I'm tired of being nice, and now I'm praying that God would unleash his wrath upon them and remove them from this earth so we would have peace again.

Posted by Teresa Gonzalez at 4:22 AM