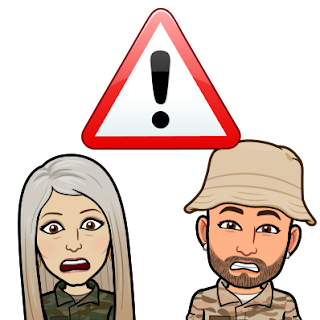 If you're not living your life for God, then who? The enemy can mimic the likeness of God, but his illusion of power will diminish when you become useless to him. Satan will leave you crumpled on the floor like dirty laundry. We are starting to see this a lot nowadays; look at the washed-up Hollywood stars who once shone brightly but now are only a dim reflection of Satan's light. Then there are some, if not all, mega-church pastors who received fame and fortune; have they made a deal with the devil too? If so, I expect their punishment to surpass anything we've seen. Has Satan put his mark on their foreheads and hands, where their spirit worships him, and their hands carry out his work? Remember, Satan appears as a beacon of light; that means he mimics the goodness of God but doesn't have the power to save. Turn on your discerning ears; if possible, even the elite of God will fall for the enemy's deception. Isn't that a scary thought?

For false christs and false prophets will arise and perform great signs and wonders, so as to lead astray, if possible, even the elect. Matthew 24:24

Armor up! Stay vigilant! We each have a role to play; do your part.

I also will choose harsh treatment for them and bring their fears upon them, because when I called, no one answered, when I spoke, they did not listen; but they did what was evil in my eyes and chose that in which I did not delight.” Isaiah 66:4

Posted by Teresa Gonzalez at 4:38 AM