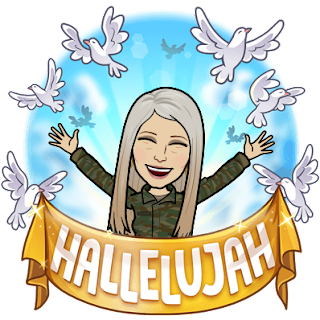 And so the fake news began! Instead of exuberant rejoicing, the cabal of that day sent out a false message among the people that the disciples carried off Jesus’s body. And just like today, the people believed the lies.

And when they had assembled with the elders and taken counsel, they gave a sufficient sum of money to the soldiers and said, “Tell people, ‘His disciples came by night and stole him away while we were asleep.’ Matthew 28:12-13

So they took the money and did as they were directed. And this story has been spread among the Jews to this day. Matthew 28:15

Fortunately for us, the back channels of information reached us, and we are saved because we rejected the lies that still pulse throughout our society today. JESUS HAS RISEN! God did everything he said he would do, which means eternity is our destination; God keeps his promises.

Posted by Teresa Gonzalez at 3:39 AM