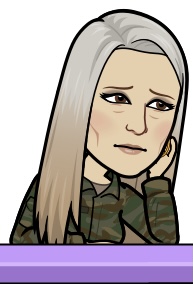 God has a plan for those harming our citizens by introducing faulty pharmaceuticals, “sorcery,” to the world's people. Not only for the industry but for the people who idly sit back and watch it happen without speaking up because of their fear of retaliation. The corrupt governments, media, celebrities, and those who’ve had their minds poisoned by them will find themselves punished for their role in the enormous fraud instituted on the nations. Only God can help you if you fit in the following category:

But as for the cowardly, the faithless, the detestable, as for murderers, the sexually immoral, sorcerers, idolaters, and all liars, their portion will be in the lake that burns with fire and sulfur, which is the second death.” Revelation 21:8

The Strong Concordance explains the word “sorcerer” this way:

From φάρμακον pharmakon (a drug, that is, spell giving potion); a druggist (“pharmacist”) or poisoner, that is, (by extension) a magician: - sorcerer.

We need to pray for the cowardly and faithless. These people display their ignorance on social media every day, so we know who they are. When you see their stupidity written out for all to see, stop and pray for them; that God would open their eyes to the truth. There’s no need to engage with them, the deception is too deep, and the enemy has them under his control. It will take God to soften their hearts to the truth.

Posted by Teresa Gonzalez at 5:14 AM